Meet Eugene Silva. He has been the chef at Eva’s Place for 22 years. He started as a cleaner in 1996 then became the cook a year later. 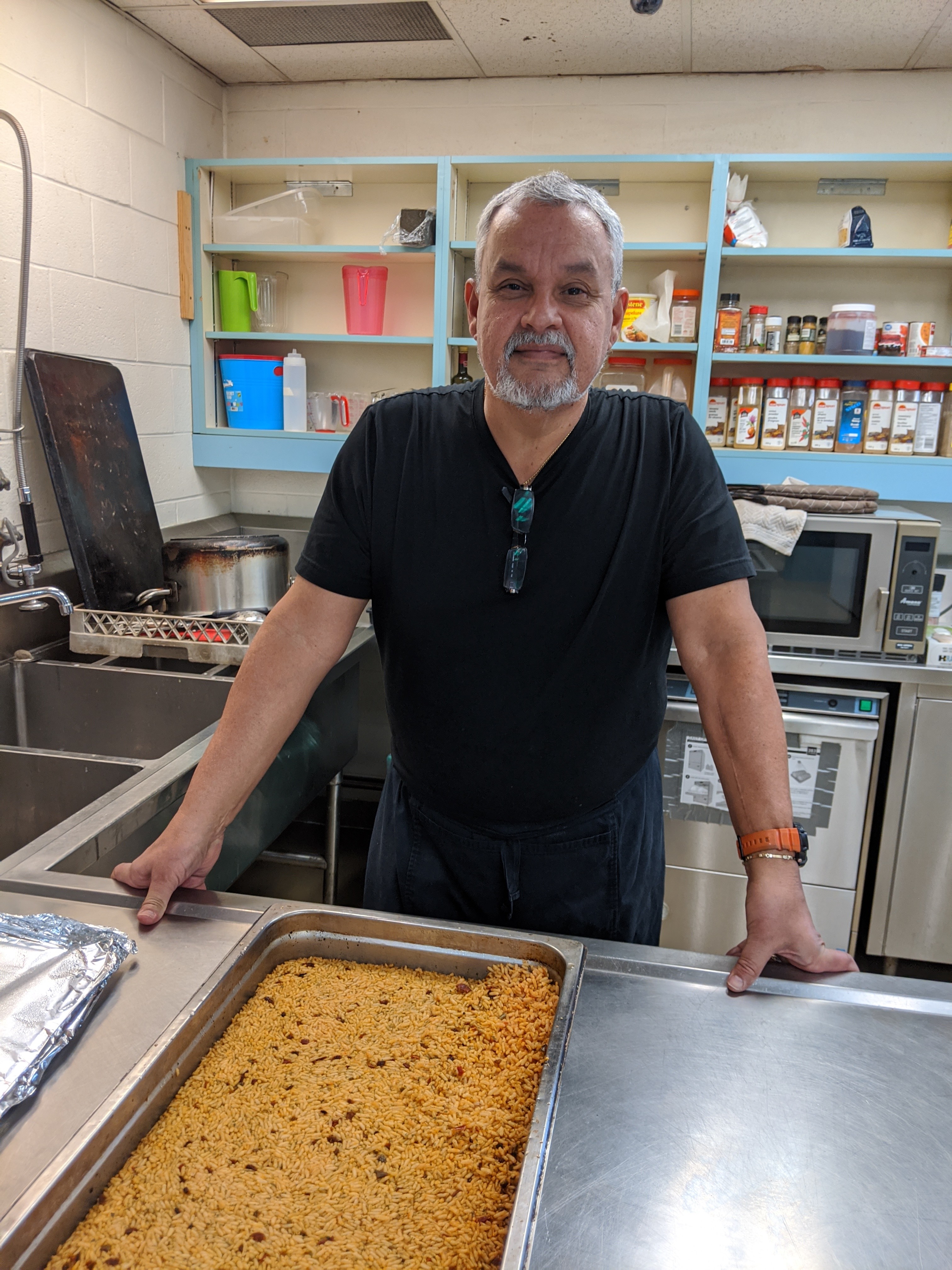 At Eva’s providing healthy nutritious food is central to ensuring that young people are able to grow and progress to a life of inter-dependence. As a chef at Eva’s Eugene is central to this.

When it comes to his dishes, Eugene tries to cook food that reflects the cultural makeup of Eva’s youth. Beef stew, shepherd’s pie, and jerk chicken are some of his most loved dishes. “Google is a great tool, to learn to cook different dishes,” he says. “Cooking is like chemistry. You just have to learn how to mix the right ingredients.”

But, with young people, experimental dishes can still be trial and error. Eugene once introduced a popular Brazilian hotdog dish to the young people at Eva’s Place. It was a staple where he grew up, but didn’t translate well with the youth. “You cut up hotdogs and stew them with tomatoes, onions, red and green peppers,” says Eugene laughingly “They wanted to kill me. ‘That is not hot dogs’  they said.”

For youth who are in a crucial stage of development, having access to nutritious meals impacts not only their nutritional health, but also their social, psychological, and emotional well-being. However, many young people would love to live on junk food alone, but Eugene is not above the occasional treat. He sometimes mixes in some fried food in with the healthier dishes.  This need to provide nutritious meals is one of our core foundations at Eva’s.  Our Founder, Eva Smith, who when participating in the planning for Eva’s Place, insisted that young people should always have access to healthy food throughout the day.

Eugene has seen a lot of changes over two decades, including going from one site to three, with the building of both Satellite and Phoenix.  The biggest area of growth for Eugene  however,  has been the youth, his “ past clients”, as he  calls them. Eugene has a lot of success stories. Recently he spoke with an ex-client who now lives in Vancouver, has a family and his own roofing company. Another, a graduate of Eva’s Construction and Building Maintenance program and is now a Foreman at the construction company that helped build our Phoenix location. “Some of the past residents that I keep in touch with are now in their forties,” says Eugene.

The culinarian adds while he enjoys feeding and interacting with the youth, he is also happy if never sees them again. “Eva’s is a great place for young people to pull themselves together,” he says. “Everyone who works here makes youth feel at home, but this isn’t home. It is a pit stop to bigger, greater things.”